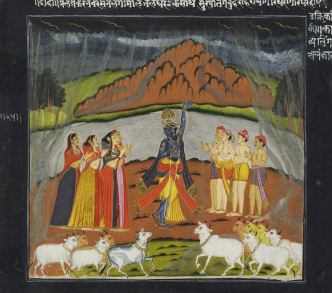 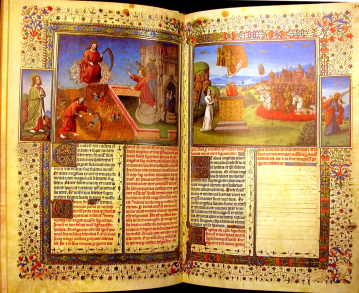 The topic of religion and its more inclusive cousin, spirituality, has always fascinated me. I have found myself often in some sort of dialogue with the topic – in discovery within, or in reaction to, or in direct engagement with, over time. Being born and raised in a country/land steeped in religion and spirituality, India, probably offered a strong predilection to the topic but I have also sought it sometimes compelled against my reasoning mind that often seeks simplicity rather than complexity that marks religious context. In India today, the fires of religious tension and discrimination rage propagated by a natonalist government of Hindutva proponents, quite different from the more secular India in which I grew up.

You might say that architecture/design/art are my first love – I was trained as an architect and there too this interest in religion surfaced early. In my study of modernist architects such as Le Corbusier and Mies Van Der Rohe and Frank Lloyd Wright I noted that the search for the spiritual, whether or not it was called that, was embedded/embodied in their works of material mastery. Years later, as a university faculty member I picked up that interest again through my teaching, teaching a design studio on “Place of Worship” in which design students focused on four major traditions of Judaism, Islam, Christanity and Buddhism and designed a place of worship for the religion they had picked. Later, one of the study abroad courses I led to India was titled “Sacred India: Architecture, Environment, Spirit’ which allowed the students and I to examine the complexity of the three sub-topics, their interactions and the paradoxes involved.

Still later, as my work entered the realm of social justice, equity, diversity and inclusion at the university, religion has come to the fore again. Religion is one of the main domains where oppression has asserted itself, historically and globally, and needs special focus. A workshop on ‘Religious and Spiritual Identities’ is the topic of one of the ten workshops that are offered towards an equity and diversity certificate at the university and I am one of the co-facilitators of it. More recently, with a colleague I applied for and received a grant to lead a Religion in the Public University Collaborative which involves scholarly study, discussion and facilitation of workshops for students and staff in our university on the topic of religion.

Religious art and the incredible story-telling it engages in also fascinates me. In every religious context, the world of religious art in its varied mediums are riveting. Vaishnava art and the enactments of the pastimes of Krishna across India’s regional artistic styles offers a world to be immered in and studied deeply. But the same can be said about Christian illuminated Bibles which are feats of art and craftsmanship even as they are exemplars of religious devotion.

Threaded through my work journey is also my personal journey as a spiritual seeker – once a passive participant of Hindu religion, then an atheist, then agnostic before I became a practitioner of Vaishnavism which continues today. I’ve been interested in religious practice from a humanistic point of view – in a way that does not ‘other’ and declare ‘less than’ other religious paths. The religious journey as with other journeys is dynamic and variegated. All in all, my interest and fascination for religion and its complexities continues to deepen and and in an age that polarizes and separates I hope to contribute to keep the doors open for dialogue and shared understanding of the mystery that is intrinsic to religion.