If you went to architecture school in the United States, you would have heard the term ‘parti’ often, as well as the question “What is the parti for your building?” Emerging from the western tradition, with its roots in the formal architectural education prevalent in the Ecole Des Beaux Arts in France in the 1900s, a parti refers to the French words ‘parti pris’ or ‘decision taken’. It refers to the ‘big idea’ or the main concept and organizing principle that is embodied in a design and often represented by a clear/simple set of diagrams. The parti expresses the essence of an architectural design.

Does a good parti lead to a good building? This is not clear but it is true that a clear main concept has a better likelihood of succeeding as complex design features are developed in response to the many complexities and constraints of a design situation.

To be effective at design thinking, architectural or otherwise, requires a critical skill set and good tools. Jeffrey Balmer and Michael T. Swisher talk about this in their book Diagramming the Big Idea:

“Learning to think like a designer is no small task. It calls upon faculties and patterns of thought seldom exercised by the modalities of alphanumeric education. It obliges us to perceive and to interact with our environment in unaccustomed ways, even as it requires us to recover an innate sense of order and orientation. It compels us to question all our assumptions and expectations, yet also asks that we draw deeply from hard-won experience. Perhaps most paradoxically, design thinking directs us to assess dispassionately all that surrounds us, all the while admonishing us to experience the world in a state of wonderment.”

Balmer and Swisher further elaborate on the connection and importance of diagrams to design thinking:

“We have come to believe that the most effective way to introduce design thinking is to study and practice one of the primary means by which experienced designers analyze and generate architecture: through the use of diagrams. Architects create diagrams in order to clarify their understanding of both particular projects and general principles. Diagrams can form the basis for analyzing existing precedents, or they may generate entirely new works of architecture.”

Aspiring design thinkers, prepare to commit to drawing and diagramming, and stay tuned to this blogpace for more discussions on these topics! 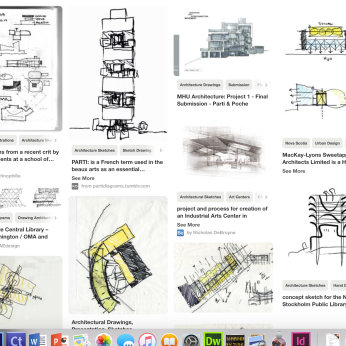 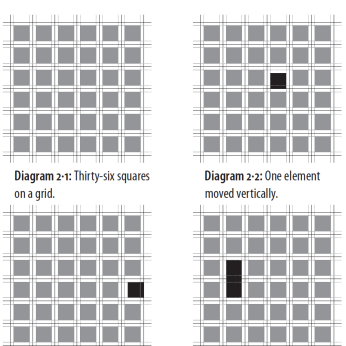