In 1980, Forrest Wilson wrote in the foreword to Paul Laseau’s ‘Graphic Thinking for Architects and Designers’:  “The building of great buildings is no longer the creation of master craftsmen led by a master builder but of architectural offices organized along the lines of industrial production. The task of the architect has been divided and subdivided into an assembly line of designer, construction manager, interior designer, decorator, structural, electrical mechanical engineers, and draftsmen. “

The first separation is perhaps between ‘design’ and ‘drafting.’ The larger separation is between ‘design’ and ‘building/construction’ for which ‘drawing/drafting’ are intermediary steps. To reconnect the two ends of the process you’d need to start designing but also building in small ways if not large ways that are less possible in an industrialized world.  In hands-on practices such as the work of small design-build firms, designers are involved in the design and delivery process this is more possible.

Wilson also recognizes the need for creativity to be practiced across the system. He concludes the foreword with: “The need for graphic thinking is great but it is greater on the work benches of the assembly lines at River Rouge than on the desk of the chief designers of Skidmore, Owings and Merrill.”

Since 1980, the trajectory that Wilson points out has continued. But perhaps this very separation has led to a resurgence through a strong presence of a DIY culture in North America and the emergence of the more recent ‘maker’ movement that reconnects design, drawing and building in the act of every person engaging in the process. The increasing interest in design thinking and its applications across the board is another evidence of this. Check out Harvard Business Review’s September 2015 issue: https://hbr.org/magazine, that is themed on ‘The Evolution of Design Thinking.’

I’m currently applying design thinking for systems change in the context of advancing equity and diversity, and in the realm of sustainable design for communities. This involves reconnecting design, drawing and building in new ways and empowering others to do so as well.  The need to teach non-designers about design, about drawing, about building (systems, not only products) continues….exciting! 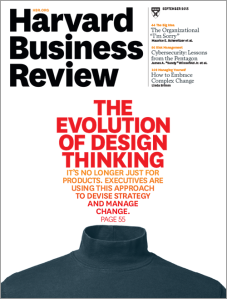